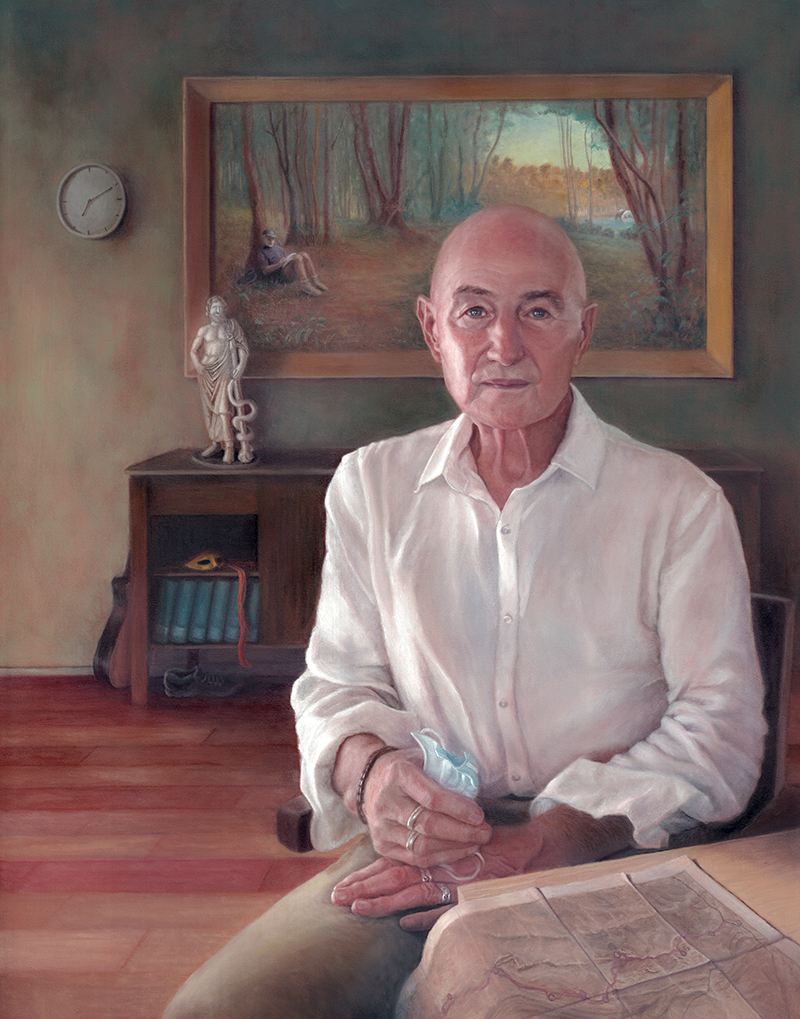 Exploring streets, paddocks and the bush as a young child has influenced who Dr Heggie is. He is creative, playful and cares deeply about many things. He is passionate about the well-being of body, mind and spirit.

Dr Heggie is the eldest of six and has been a natural leader. Sport, music, drama and leadership of groups gave him confidence and overcame social shyness. He enjoys aloneness but seeks company and conversations. 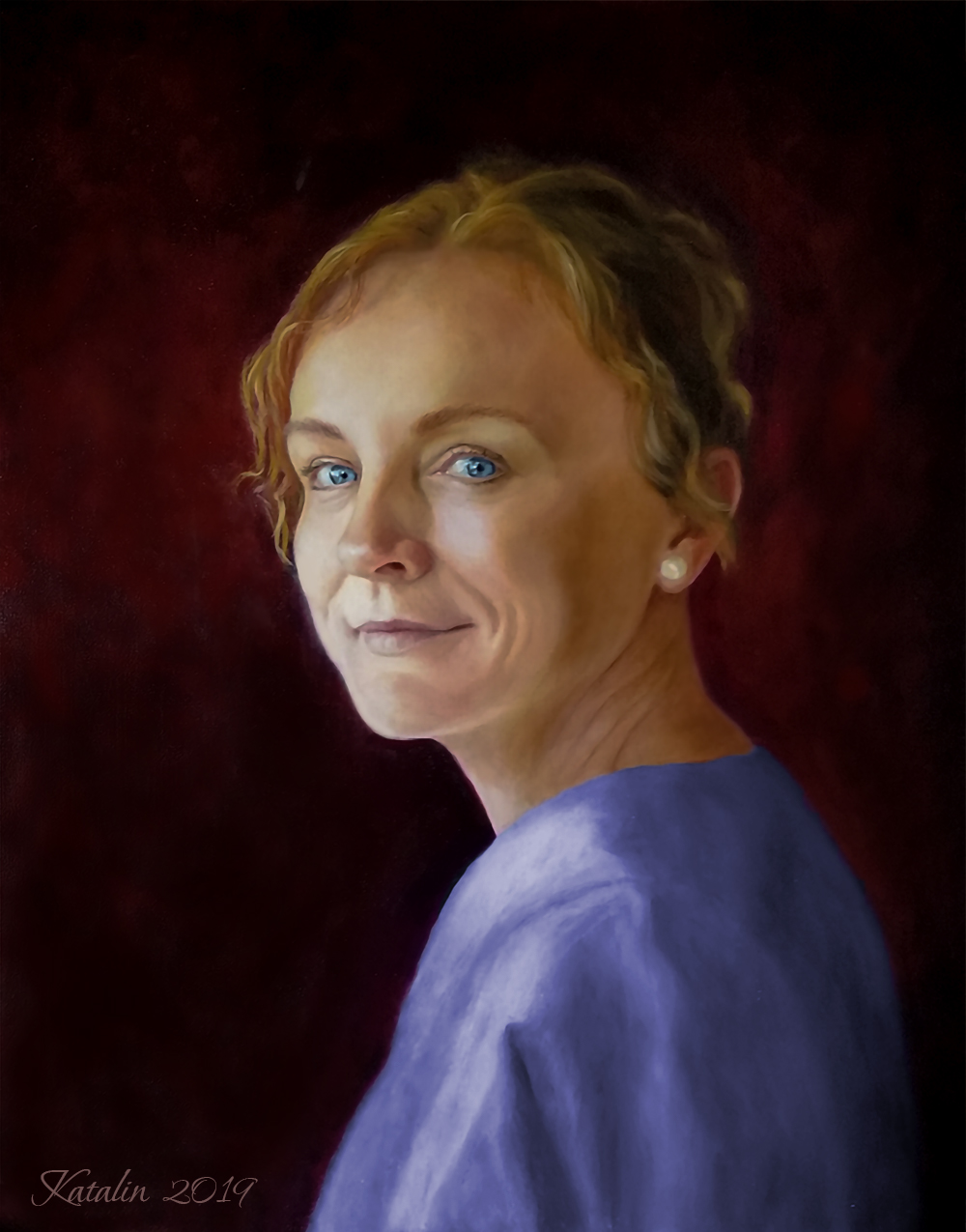 Jenny, my friend told me about her misfortune of losing her pearl earrings. Understandably, she was quite upset about it.

This is my attempt of giving Jenny her pearls back. 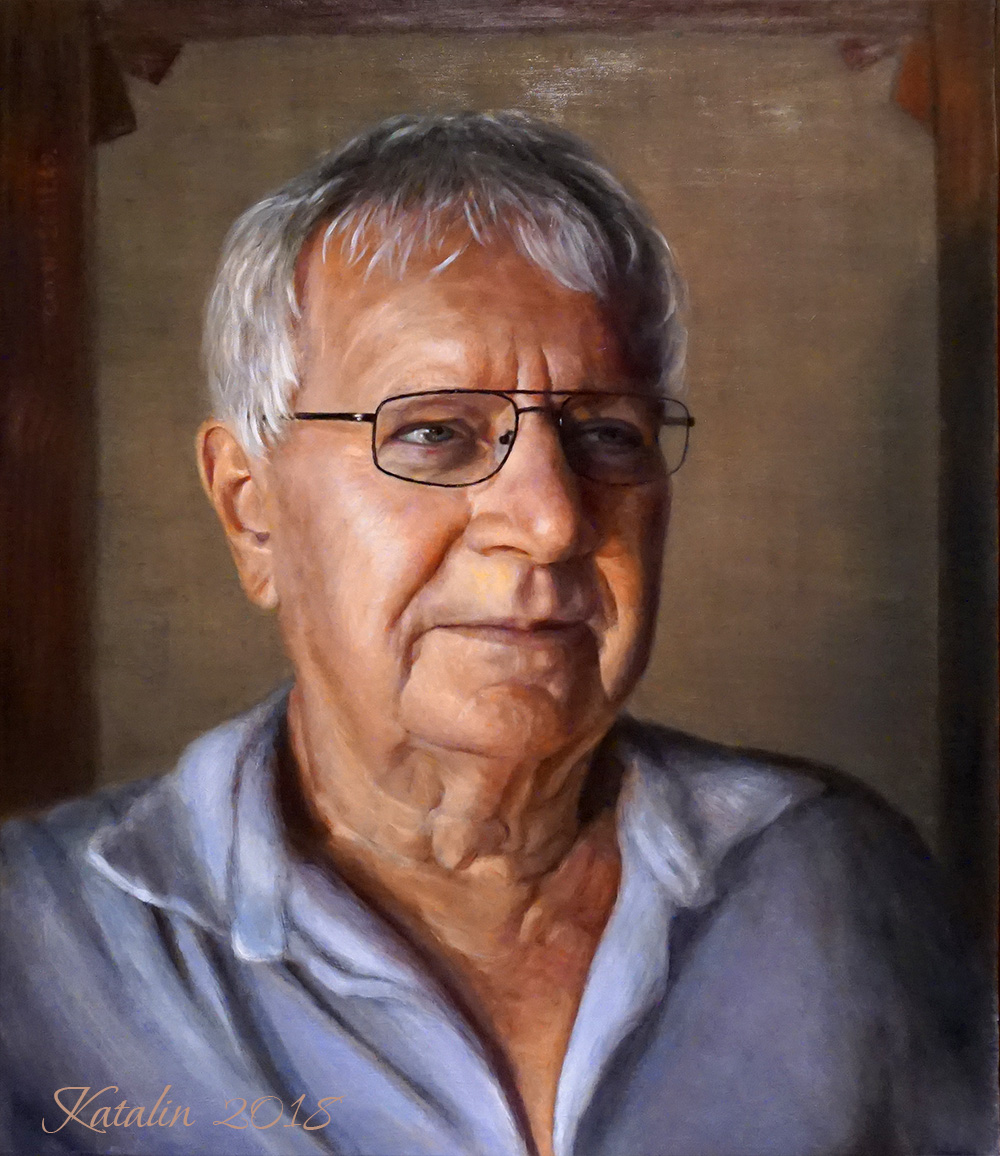 As a qualified carpenter Gary came North in 1975 to help rebuild Darwin after Cyclone Tracey. He joined the NT Museum in 1984 and for the next 16 years worked on many exhibitions and displays.

In 2000 he opened his own business specialising in art installations (well over 300) and framing, and has worked with many well-known Territory artists in his time.

Gary is depicted in front of a painting's verso (back), referring to his role in improving artworks with that finished look a frame can provide.

This painting won second prize in the 2018 Portrait of a Senior Territorian annual art competition of the Northern Territory, Australia. 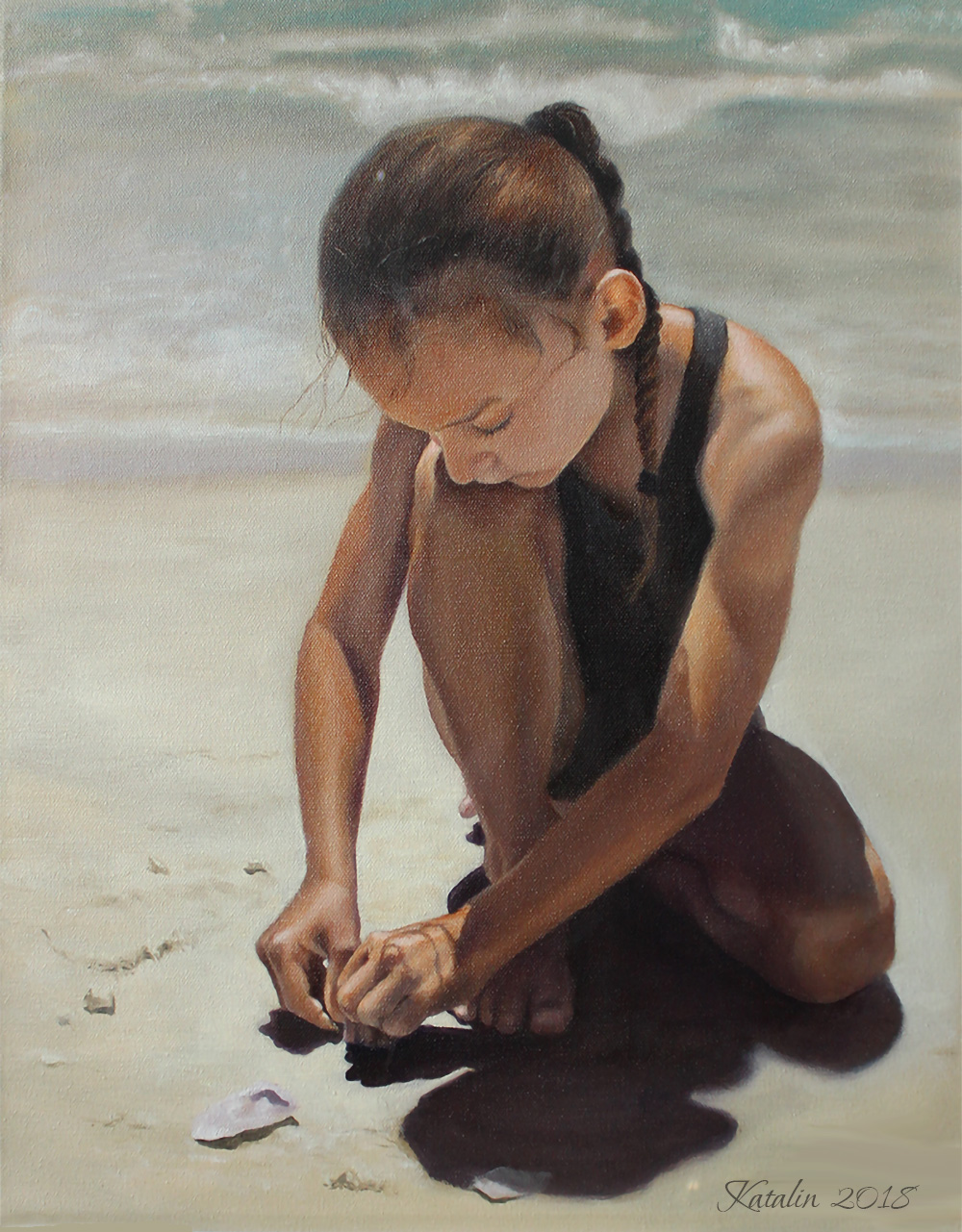 My friend posted a photo on Facebook of her daughter playing on the beach.

I loved how much she was immersed in playing with the shells.

Thanks Leah for letting me paint your daughter! 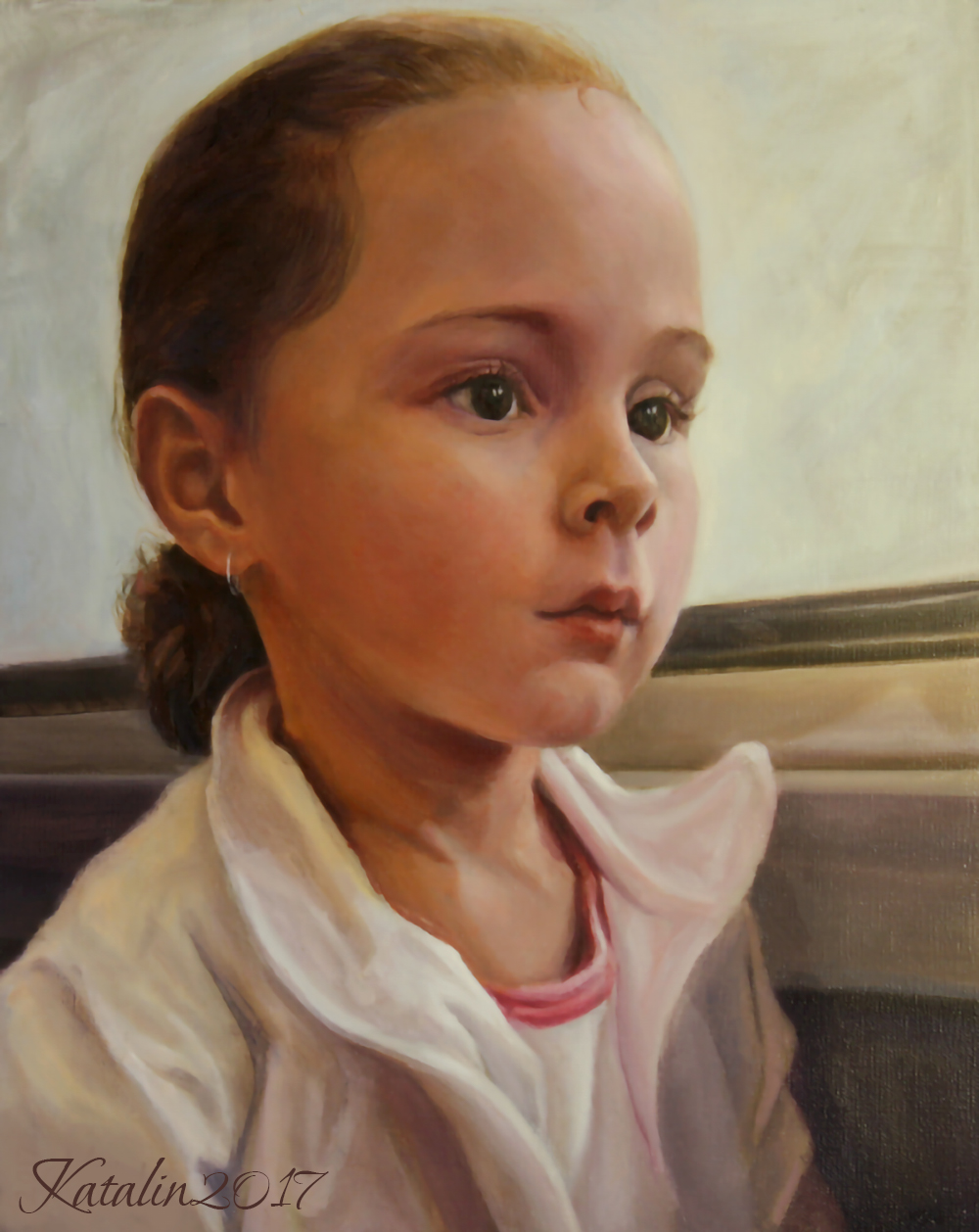 This painting is extra special, as it was my first commission.

Dad happened to see some of my studies and asked me to paint his daughter. I was provided with a number of photos, but this stood out by far.

She is contently staring out the train window, as if she is confidently looking into the future.